Break down silos for enrollment success 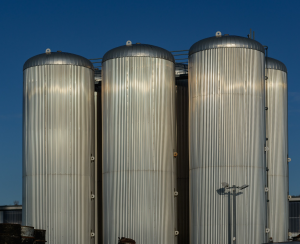 Independent school marketing departments and directors are operating in silos and it’s leading to confused messaging, a lack of strategy and, not surprisingly enrollment declines and uncertainty.

You might think that with all of the articles, TED talks and conference sessions imploring organizations to break down silos, we wouldn’t need to talk about this. However, EMA’s newly released Report on Enrollment Trends and Issues makes it painfully obvious that silos are alive and thriving in independent schools.

The report is based on a survey of almost 800 directors of admission or enrollment management and the findings, particularly as they relate to marketing, are eye opening.

The root of the problem is that, for the most part, marketing directors/departments aren’t very involved with admissions. In fact in just about half of schools, marketing spends less than half their time on admissions. Consider that the latest NAIS/DASL data indicates that tuition represents almost 80% of net per capita revenue at schools. In a business setting, 80% of revenue might translate into 80% of marketing resources but in only 17% of schools did marketing devote more than 70% of its time to admissions. It’s very disconcerting that, in so may schools, so little of marketing’s time is spent on admissions.

This isn’t just a matter principle. The impact of marketing’s separation from admissions is evident in other data.

For example, schools are badly missing the mark in their recruitment messaging. Respondents were asked to rank the top three features/benefits that are their school’s marketing focal points. Less than 50% of schools ranked “development of the whole child” in the top three –and, believe it or not, that was the highest rated item. Academic rigor was put in the top three by only 30% of schools. Small class size and character development fared equally poorly and it gets worse from there. There is abundant research, including studies from NAIS and EMA, indicating the school characteristics parents are looking for and yet, school marketing appears to be totally misguided.

This marketing misalignment would appear to be contributing to declining enrollment results and decreasing optimism. Since 2016, the number of schools with a waiting list declined by nine percent and those that didn’t reach their enrollment goals until the start of the year or several weeks into the year increased by eight percent.

Strategic approaches to retention are also suffering. While the majority of schools reported increases in in attrition, fewer schools have retention committees and a minority of schools are using targeted retention marketing activity.

To be fair, there may be other factors contributing to the less-than-rosy results detailed above. But it’s not a huge intuitive leap to conclude that the separation between marketing and enrollment is a major cause of these conditions. In fact, at recent conference presentations, many admission/enrollment professionals confirmed that they don’t have what they consider to be sufficient involvement with their marketing counterparts.

It’s time for some serious silo busting at schools. Marketing and admissions need to be joined at the hip. In any business environment the division responsible for the majority of revenue would have the majority of the marketing department’s attention. Schools should be no different.

Beyond that, marketing considerations should be woven into the fabric of broad decision making at schools. Almost ten years ago, the wise people at McKinsey recognized the increasing impact of marketing on the everyday life of customer-facing organizations and declared, “We’re All Marketers Now.” In 2019, there is no decision that doesn’t have marketing implications. Schools acknowledging that reality establish a virtuous cycle of marketing and school excellence, propelling themselves to success.

And it all starts with removing silos. 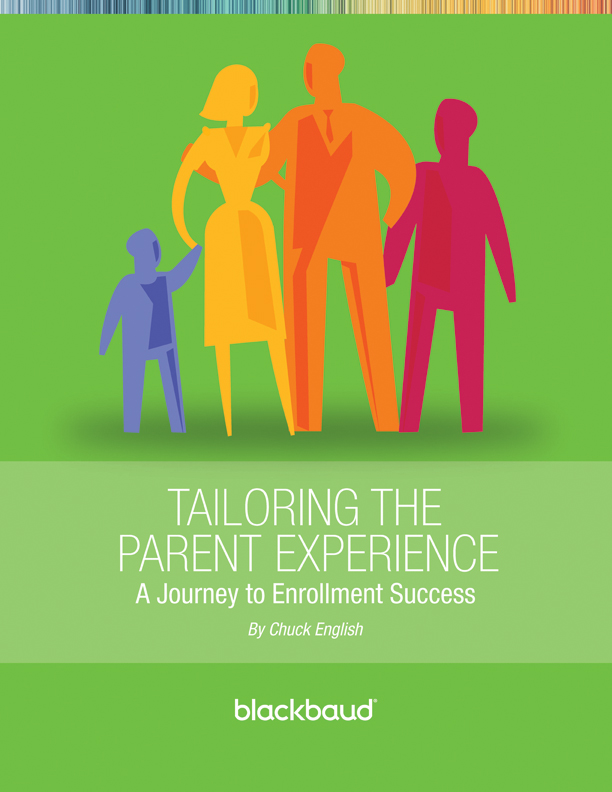 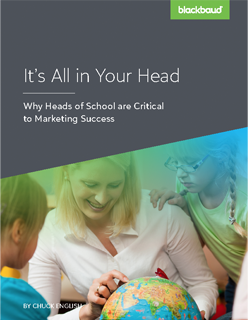